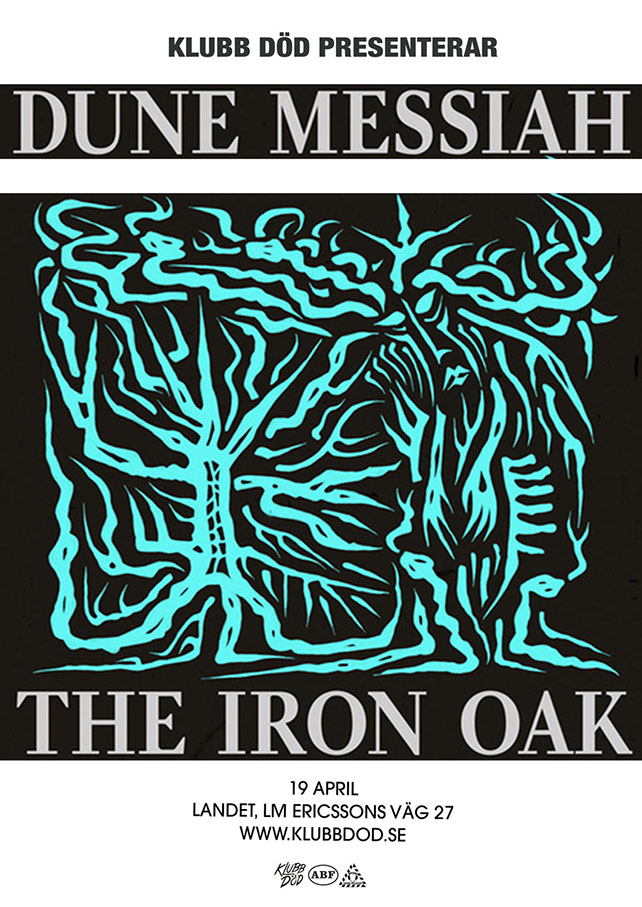 ▲ DUNE MESSIAH – The man in black fled across the desert, and the gunslinger followed. With those words, Stephen King begins his Magnum Opus, The Dark Tower. But the phrase might as well be a graphical, description of the folk-noir project Dune Messiah (the creative outlet of songwriter Magnus Westergaard). Hailing from Copenhagen, he shoots through his listener with visceral honesty. Dark, romantic, and personal, Dune Messiah bares himself completely, engulfing the listener in candid stories of love, loss, and mysticism told with both finesse and violence.

On stage, Dune Messiah is a blazing, intense experience carried out by a full band consisting of drummer Lee Tomas, keyboardplayer Lisa Jespersen and guitarplayer Andreas Bengtsen beside Westergaard on acoustic guitar and screaming vocals. Inspired by all forms of art dealing with impermanence and grief (from Leonard Cohen to Edgar Allan Poe), the artist inescapably channels his demanding themes. It is both terrifying and beautiful to behold. But regardless the wickedness displayed live, the monstrosities conjured by the instruments, or the heart-breaking truths told through the lyrics, Dune Messiah’s raison d’être is to capture and project purity and sincerity. A concept that, like the man dressed in black, fleetingly runs ahead in this barren, fallacious world.

Dune Messiah is releasing the second album Moments of Bliss in March 2019 through Aufnahme + Wiedergabe and Third Coming Records. An album that has been a long time in the making, and includes collaborations with multiple musicians from the Copenhagen underground scene. Westergaard says about the album: “It moves from jazzy improvisations to country music, to gothic folk songs. Throughout the lyrics you get to know a certain misanthropic character that I developed. The same kind of character is depicted in the E. A. Poe short story “Berenice” which I also rewrote in lyrical form on the album”.

We use cookies to ensure that we give you the best experience on our website. If you continue to use this site we will assume that you are happy with it.Ok